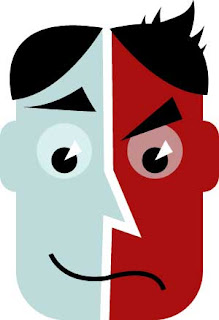 I work with children and adults who struggle with mental illness on a daily basis. I am frequently surprised at the degree of misconception there is about mental illness and its impact on the individual and their loved ones.  It is extremely difficult to cope with the symptoms of depression, anxiety, or other disorders.  Unfortunately, many if not all clients, also suffer due to harsh judgment that accompanies the misconceptions about these disorders.  Recently I received the following letter from one of my clients. She is an amazing woman who just so happens to suffer with Bipolar Disorder.  Thankfully, she has found her voice and is no longer hiding under guilt and shame. I would like to share her letter with you and encourage you to “Say it Forward” in an effort to promote understanding and empathy rather than judgment of those who are suffering.

International Bipolar Foundation (www.InternationalBipolarFoundation.org) has created "Say it Forward", an email campaign, as a way to educate as many as possible about mental illness. Stigma is an unfortunate reality for those who suffer from mental illness, and the cause of stigma is ignorance. There are a lot of misconceptions about mental illness and those who have it. Read on and learn - it will only take a few minutes but you can really make a difference in someone's life by better understanding them. Then, help me to "Say it Forward" and send this on to as many as you can. Together we can make a difference!

Myth #2: People with a severe mental illness, such as schizophrenia or bipolar disorder, are usually dangerous and violent.
Fact: Statistics show that those who suffer from mental illness are much more likely to be the victim of a crime than the perpetrator.

Myth #3: If you have a mental illness, you can "will" it away. Being treated for a psychiatric disorder means an individual has in some way "failed" or is weak.
Fact: A serious mental illness cannot be willed away. Ignoring the problem does not make it go away, either. It takes courage to seek professional help.

Myth #5: People who complete suicide are weak or flawed.
Fact: Suicide can be the unfortunate result of failing to get treatment and support. Having a mental illness is painful, and society does not do enough to support and understand these individuals. Stigma is a huge barrier to receiving the treatment that is necessary to live a fulfilling life with a mental illness.

Myth #6: I don't know anyone who has a mental illness.
Fact: According to the World Health Organization (WHO), 1 in every 4 people, or 25% of individuals, develops one or more mental disorders at some stage in life. Globally, it is estimated that 450 million people suffer from mental disorders.

Thank you so much for educating yourself by reading this email. Now you can do your part to end stigma and "Say it Forward"! Say It Forward 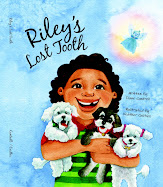